United Airlines has had a bad month on social media.

Okay – we admit: They’ve had a very bad month. In fact, if there was ever a poster child of just how quickly social media can affect a company’s reputation and brand, United would be it. It’s certainly not the only one, however, as this list of company social media blunders illustrates. Social media is, without a doubt, a powerful marketing platform for companies across all verticals and company sizes, but it is also a dangerous one that shouldn’t be underestimated or mishandled.

Yet many companies are doing exactly that.

In this most recent example of how NOT to handle a company crisis on social media, United Airlines not only took a hit in its online and offline reputation – it also lost considerable market share due to what was considered an attempt to brush off responsibility with a deluge of “company speak” and failure to admit wrongdoing. In fact, in the wake of the video that went viral on social media showing a passenger being dragged off a United Airlines flight, United Continental Holdings (UAL, -1.06%) fell as much as 4%, shaving off a whopping $1 billion in market value. The company took a direct and substantial financial hit because of a routine practice that didn’t go as planned, and then happened to be caught on camera and uploaded to a user’s social media account.

The wrong way to handle it

In a tweeted response to the incident, United’s CEO, Oscar Munoz, took a bad situation and made it … well, arguably a lot worse. “This is an upsetting event to all of us here at United,” the statement read. “I apologize for having to re-accommodate these customers. Our team is moving with a sense of urgency to work with the authorities and conduct our own detailed review of what happened. We are also reaching out to this passenger to talk directly to him and further address and resolve this situation.”
Coming across as neither sincere nor enough, the response immediately elicited a storm of angry comments and vows to boycott the company across multiple social media platforms. Memes were created, jokes were made, and trolls were abundant. After United posted the tweeted response, and then 21,000+ retweets later, a significant portion of the airline’s potential client base were equally unimpressed with the company’s seemingly lackadaisical response to what many felt was a serious infringement on the rights and human dignity of a United Airlines passenger. Munoz re-issued a second apology showing considerably more humility, but the damage was done.

A new era of consumer power

The takeaway in United’s social media faux pas is simple. While social media has created a powerful, far-reaching platform for inexpensive and effective marketing, it has also given the consumer more power than ever over a company’s reputation. Any and every complaint can be submitted on a very public platform, and customers are taking advantage of it, particularly younger consumers. According to a Pew Research survey, 55% of U.S. adults, ages 18-29, share their experiences or feelings about companies or products on social media. 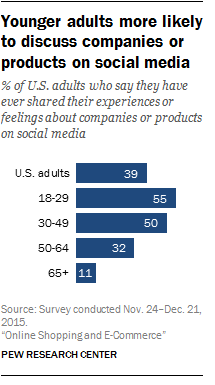 Beyond shares, tweets and retweets related to consumer experiences with a brand, company or product, social media also gives its users a real-time option for accessing customer service and forcing transparency in a company’s dealings. When a complaint is posted on social media, the response to that complaint is public, opening up more opportunities for an employee’s unplanned or un-vetted response being misinterpreted or misrepresentative of the company as a whole.

Recent research published in the IDM Journal of Direct, Data and Digital Marketing Practice by Horn et al. analyzes the threat to a company’s reputation (and resulting bottom line) that social media poses. In their article entitled “Business Reputation and Social Media: A Primer on Threats and Responses,” the authors look at case studies and prior literature related to mitigating company risk related to its social media presence and engagement. They highlight three important considerations for companies conducting business in an age of Web 2.0., when social media and user-generated content power B2C interaction on the Internet in ways that we’ve never seen before.

1. Know that one voice could become extremely loud.
One of the most fascinating and widely studied facets of social media is its unique ability to make the voices of a few heard loudly across the world. In fact, it gives one voice – particularly one articulate, dissatisfied, timely voice – an amplified, global platform to spread his or her message quickly and effectively. One dissatisfied customer with multiple followers on social media can affect a company’s bottom line. One customer complaint can snowball into a public relations disaster for a company who isn’t aware of the potential for it.
In the current example of United Airlines, it’s important to notice how one incident with one customer can turn into millions in lost market share and a public relations nightmare that will haunt the company for some time to come. Recognizing this power of the consumer will give your company the humility it needs to keep its social media pages as drama-free (and troll-free) as possible.

2. Know the risks and how to deal with them when they present themselves.
While most companies use social media outreach in an attempt to grow their business and brand recognition, a survey conducted by Cisco Systems revealed that only 1 in 7 has a formal process in place for how to go about doing it. In the study we pointed out above, the authors found extensive evidence in peer-reviewed literature to support the need for companies to have a response strategy in place related to social media engagement and monitoring.
When a company has a carefully crafted corporate response strategy for managing their reputation and risk across social media channels – particularly when social media is a primary vehicle for their marketing campaigns – much of the potential dangers of social media can be averted. In addition to thoroughly training and vetting employees who will be the mouthpieces of their company on social media, companies should have a strategy for dealing with any potential risk related to their social media engagement strategy – from PR crisis response to unintended political affiliation to accidental posts made by an employee thinking they were on their personal account instead of the company one. 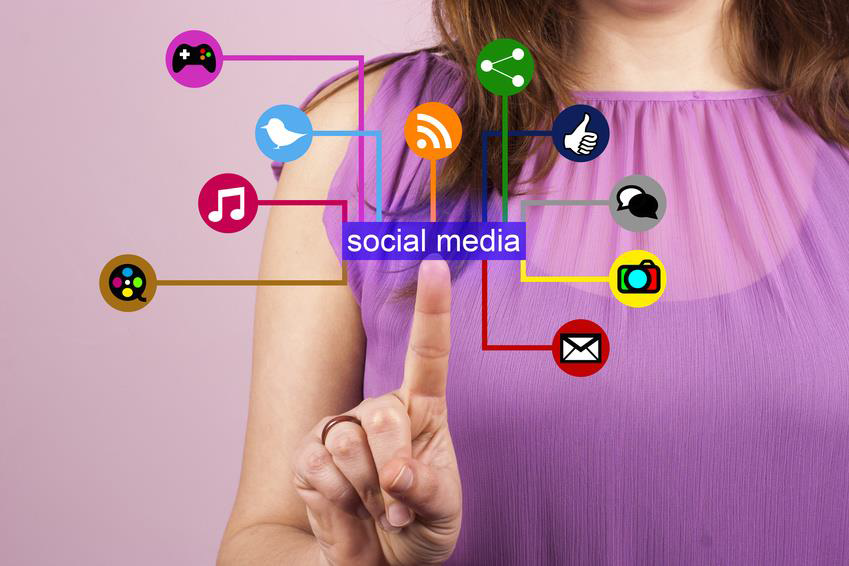 3. Don’t ignore complaints and don’t be impersonal
This is the lesson United could and should have learned before getting into the hot water it now finds itself in on social media, and likely with its shareholders. While the company didn’t ignore the PR crisis that occurred following the video that went viral, it posted a response that came across as flippant and scripted, which is its own way of ignoring the outrage that many people were feeling.

When a company is facing negative social media attention, the last thing it should do is invite more negativity with its responses. One business owner who learned this the hard way is Chef Marc Orfaly of Pigalle restaurant in Boston, who unleashed a fury of profanity and name-calling on the restaurant’s social media account when a customer lodged a complaint about horrible-tasting food. Chef Marc issued an apology the next day, but not before his unprofessional remarks became a permanent and negative part of the restaurant’s brand identity and reputation – both online and offline.

Plan on a human, humble approach

So how do you, as a savvy business owner, protect your own company from the social media debacle United Airlines is now facing? The first step to creating an actionable plan is to create it based on the understanding that humans – passionate, vocal, sometimes-overreactive people – power social media. This means a company’s approach to social media must be likewise human…and more importantly, humble. If a crisis occurs in the company, a humble, defensive, sincere approach to it on social media – one that accepts responsibility for the incident – is the best step, regardless of the situation. Adding insult to injury, as the saying goes, particularly in ignoring the situation or going on the offense – will only manage to hurt the company’s bottom line further.